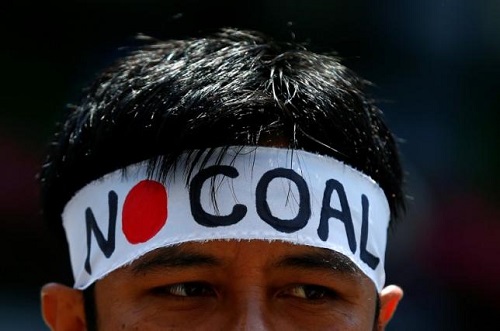 Energy ministers from the Group of 20 major economies meeting in Beijing this week came under a three-pronged attack on Tuesday over their failure to agree a deadline for the phasing out of subsidies on fossil fuels.

Officials from the United Nations and European Union, plus 200 non-governmental organizations, urged the G20 to end years of fruitless talks and follow the lead of the Group of Seven industrialized nations by setting a date for the end of subsidies on coal, gas and oil.

EU officials, speaking on condition of anonymity, said they were pressing for 2025 -- the year already agreed by the G7 -- at Wednesday and Thursday's energy talks, which will be attended by European Energy and Climate Commissioner Miguel Arias Canete.

An open letter from 200 non-governmental organizations called for a 2020 cut-off date.

"Post Paris, the question has become why wouldn't you put a timeline on it?" Rachel Kyte, chief executive of U.N. body Sustainable Energy for All, said of the subsidies proposal.

Kyte, who previously worked for the World Bank as group vice president and special envoy for climate change, told Reuters that 2025 appeared to be acceptable to most but that subsidies should be phased out as soon as possible.

"With low oil prices, it is the time to do it -- and the countries who are doing it now are reaping the rewards," she said.

Japan, for instance, resisted efforts by the Organisation for Economic Cooperation and Development to phase out coal export credits, or preferential financing for companies that export coal technology, such as Toshiba, EU sources said.

The G7 nation is burning record amounts of coal for electricity generation and plans to use even more of the dirtiest fossil fuel to fill the gap after the Fukushima disaster paralyzed its nuclear sector.

The 200 non-governmental organizations called for the G20 to set "a clear timeline for the full and equitable phase-out by all G20 members of all fossil fuel subsidies by 2020, starting with the elimination of all subsidies for fossil fuel exploration and coal production".